It was the summer of '69. He was 16 years old when he started his first job in the railroad industry building rail yards for grain elevators with Midwest Construction, a railroad contractor. From that summer on, he never looked back.

From a young age, Tom Gehr was mechanically inclined and had a panache for working with his hands. He recalls being a young boy and taking apart various household items in an attempt to learn how they pieced back together. To his mother’s exasperation when his attempts would fail. 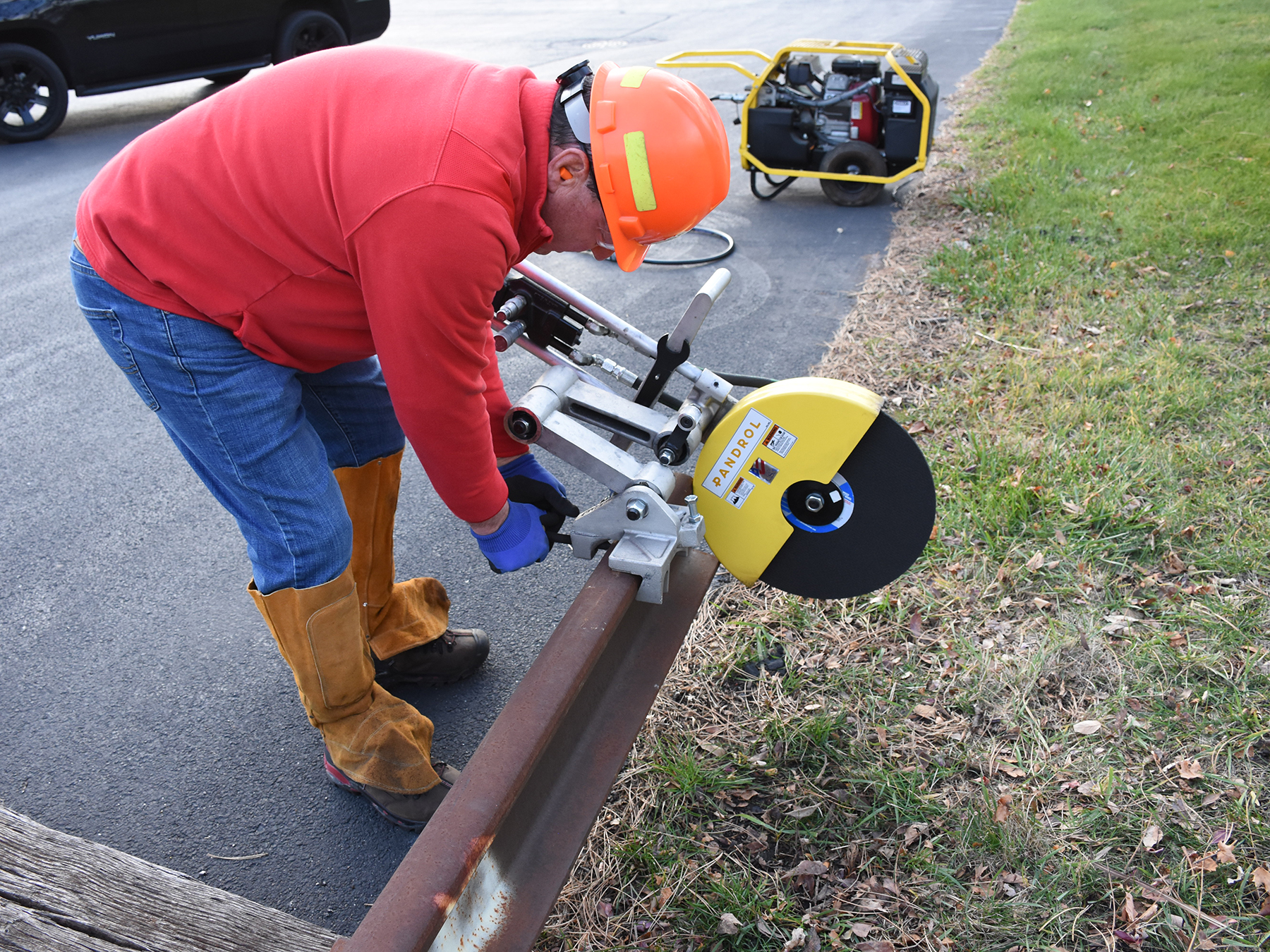 The railroad industry is in Gehr’s blood, a quality that seems to be shared by many in this big yet small community. His father, Tom Gehr Senior started ESCO Equipment Service Company in 1962, a railroad manufacturers’ representative company on a national level. It was the first of its kind.

“They started ESCO for fun to kill a few years before retirement,” Gehr laughs.

Tom Gehr Junior began working for ESCO at the age of 23, but it wouldn't be until over two decades after they opened the doors that the fathers would finally pass the company down to their sons, Tom and Tom. 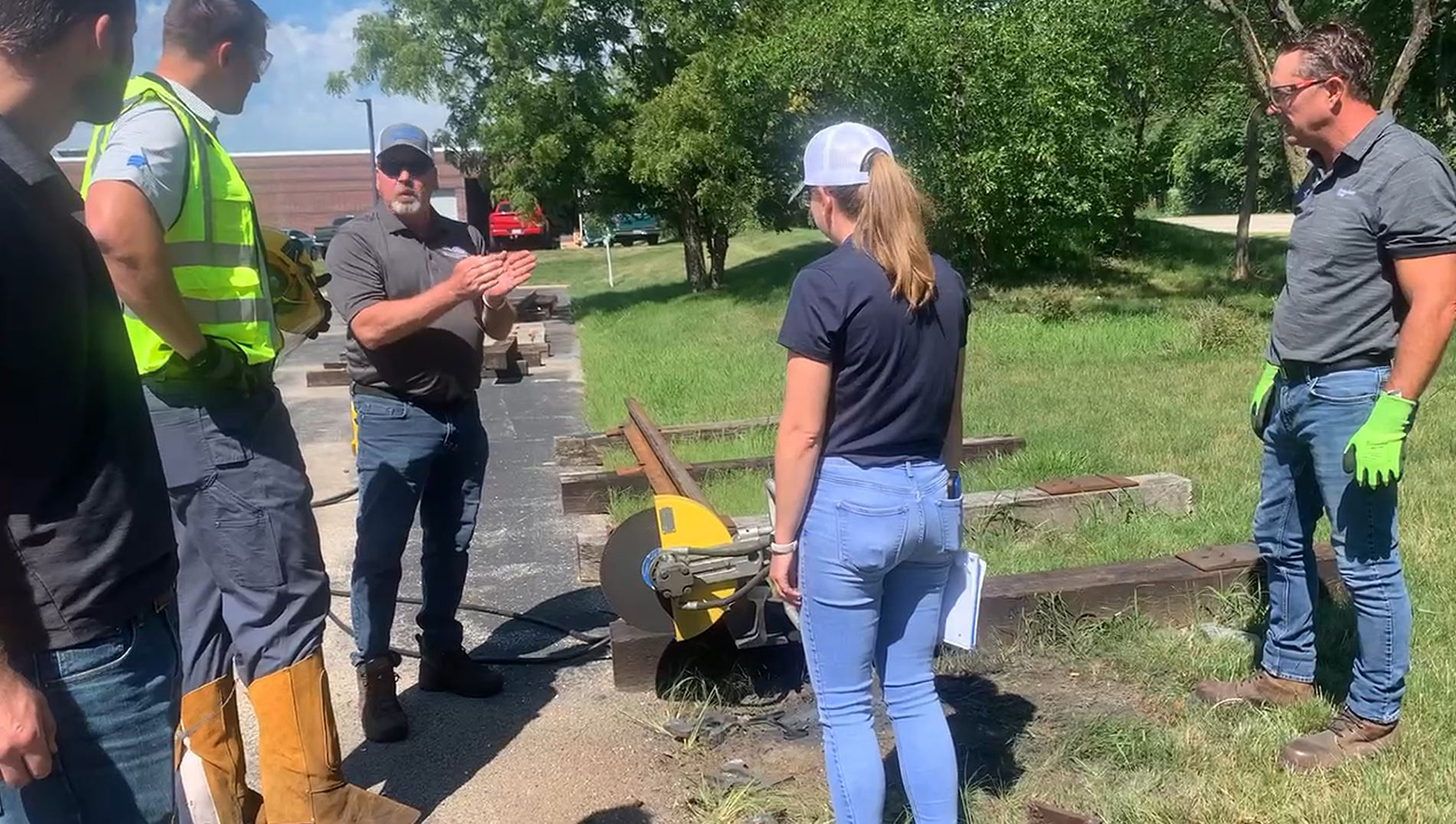 ESCO went on to play a remarkable role in the railroad industry, far from what Gehr Senior had envisioned. The company was not only the first of its kind as a nationwide railroad manufacturers' rep group, but they also put hydraulic railroad tools on the map by representing Matweld, now Pandrol. And by representing Railtech, ESCO introduced the boutet welding process to the industry, and over the years became instrumental in welding innovations still used on track today.

Gehr is an engineer at heart, always tinkering. He designed and brought numerous products to market at ESCO, three of them patented.

When asked about some of his proudest moments when looking back on his career, one that came to mind–

“Being asked to serve on the REMSA board was a pretty good one,” said Gehr who served 6 years as a REMSA (Railway Engineering-Maintenance Suppliers Association) Board Member. 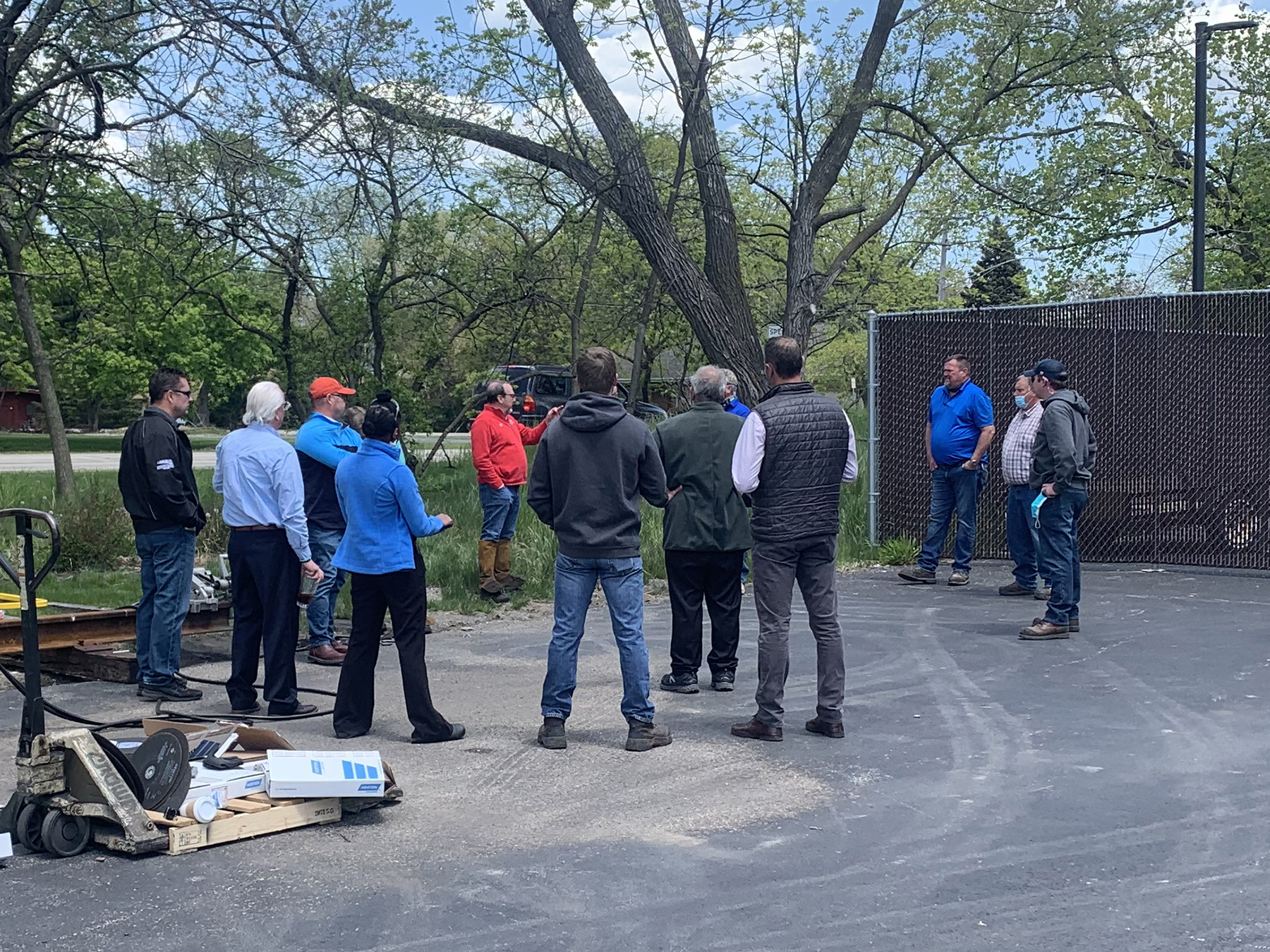 This is an invitation-only position given to respected leaders of railroad supply companies who can bring a unique perspective to the North American railroad network.

“Teaching others, and all of the committee work has been the most rewarding though,” Gehr says in reference to his robust record of railroad committee memberships.

Gehr is Vice Chairman of the American Welding Society (AWS) Railway Track Committee– an organization he’s been active in since the 90s where he’s helped develop a national spec for track welding. He’s been an AREMA member and active participant in Committee Four (rail) and Five (track) for decades, the Metropolitan Railway Club Executive Committee establishing the scholarship award there, the NRC (National Railroad Contractors) Commission of Government Relations and a participant in AAR (Association of American Railroads) Committee D. 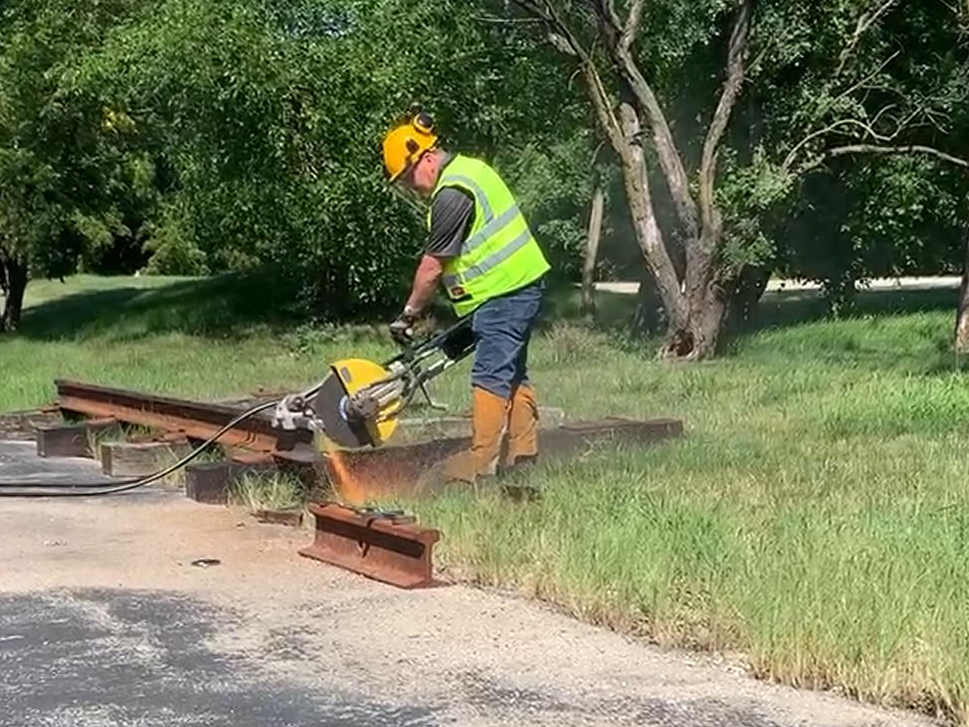 In the same breath though, Gehr reflects on the many recessions ESCO weathered and his stretches of sleepless nights in those uncertain times.

“Being a manufacturers’ rep group that survived 50 years with all the downturns in the industry. That’s not too bad,” he says.

Tom and Tom had no plans of selling ESCO.

“We planned to ride it out as long as we could then close the doors. I’d still be working there today.”

But in an unpredictable turn of events, Industry-Railway Suppliers approached the Toms in 2017 with a proposition to buy their company. 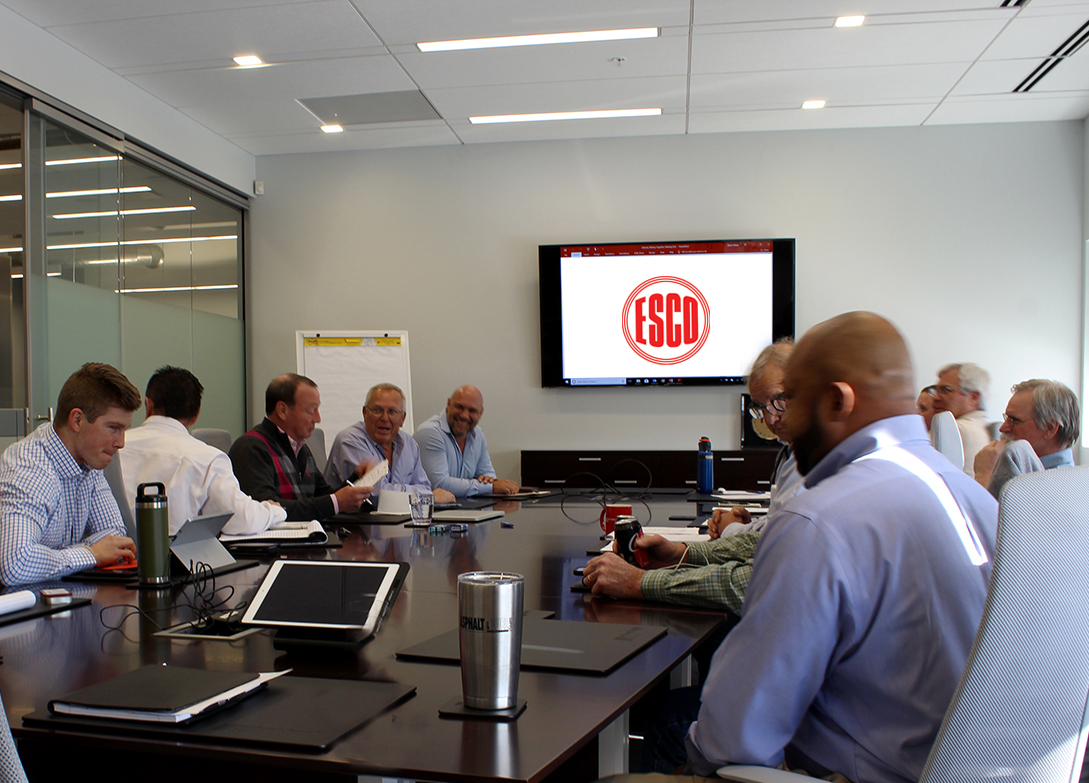 “I was happy and relieved,” said Gehr. “It was a succession plan for our manufacturers.”

Not only did IRS want to buy ESCO, but they also asked Gehr to join IRS as the head of sales, along with the entire ESCO sales force.

“The wealth of knowledge, extensive relationships and respect Tom Gehr has earned in the railroad industry,” said Scott Commo, President of IRS when asked why he wanted Gehr to join IRS as the Vice President of Sales. 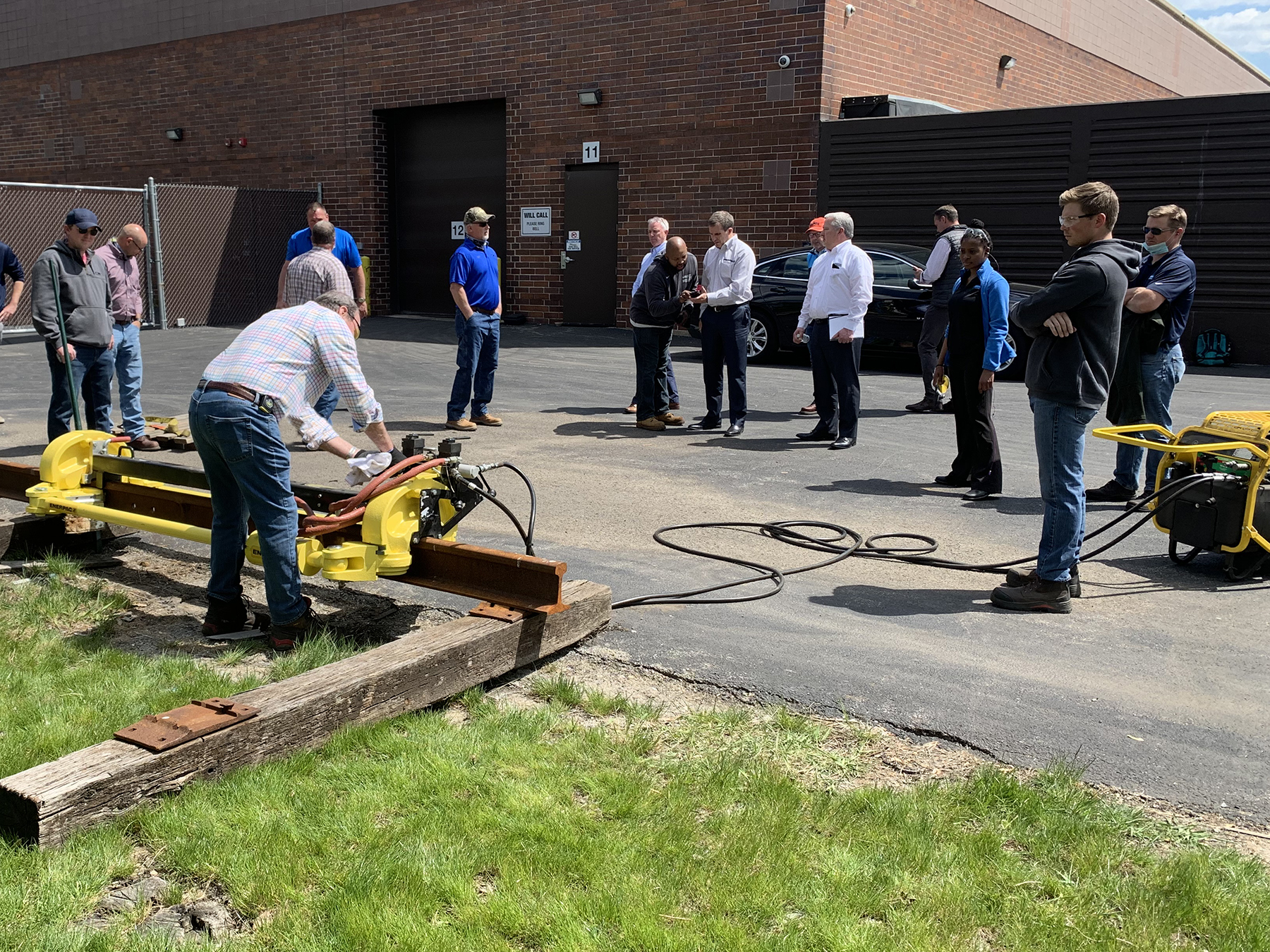 “The main reason we wanted to buy ESCO was because of the specialized knowledge and experience their entire staff had and the OEM partners ESCO aligned themselves with,'' said Commo.

“We knew the expertise on that team and OEM partnerships would greatly support our mission, and it certainly has.”

Gehr remarks on his time spent with IRS, “I’d never worked in a corporate environment before, but it has been very rewarding working for the company.” 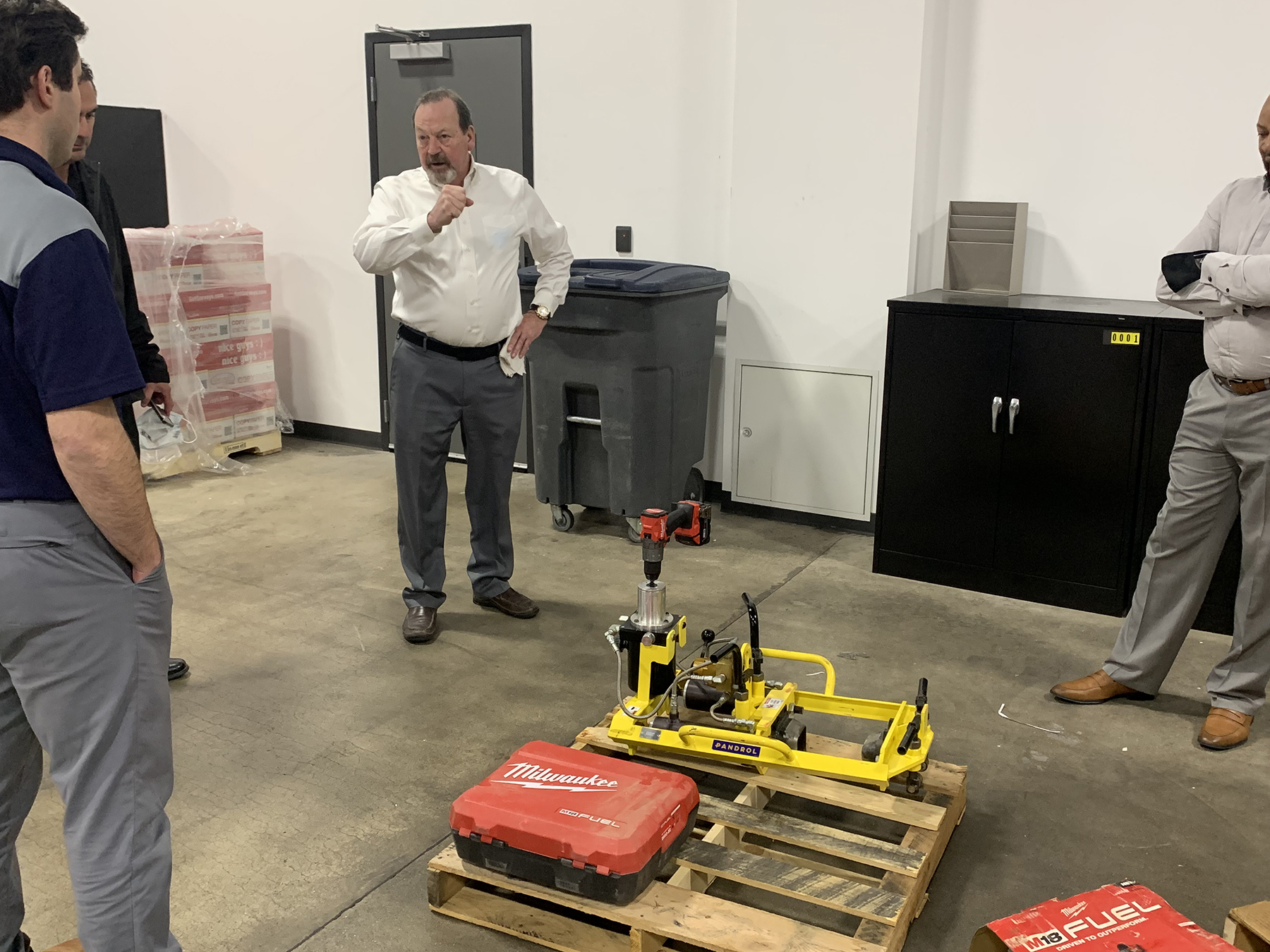 This year marks 53 years since Gehr began his summer job in the railroad industry, and this year will be his last. The railroad industry veteran will be hanging up his hat in December and bidding farewell to a world that has coursed through his blood for most of his life.

“I’ll miss the friendships I developed most,” he says of the brotherhood he formed during his career.

Though he will still remain active in the AREMA community and may still make an appearance at IRS from time to time, Gehr’s golden years will mostly be spent doing volunteer work with the Sunshine Camp– a special needs foundation, golfing and as a CDGA Director and IPGA rules officiant, and with his family teaching his new granddaughter how to fish, golf and hunt.

When asked of a life lesson his long career in the railroad industry has taught him,

“Stay in school,” he quips, “and safety first.”