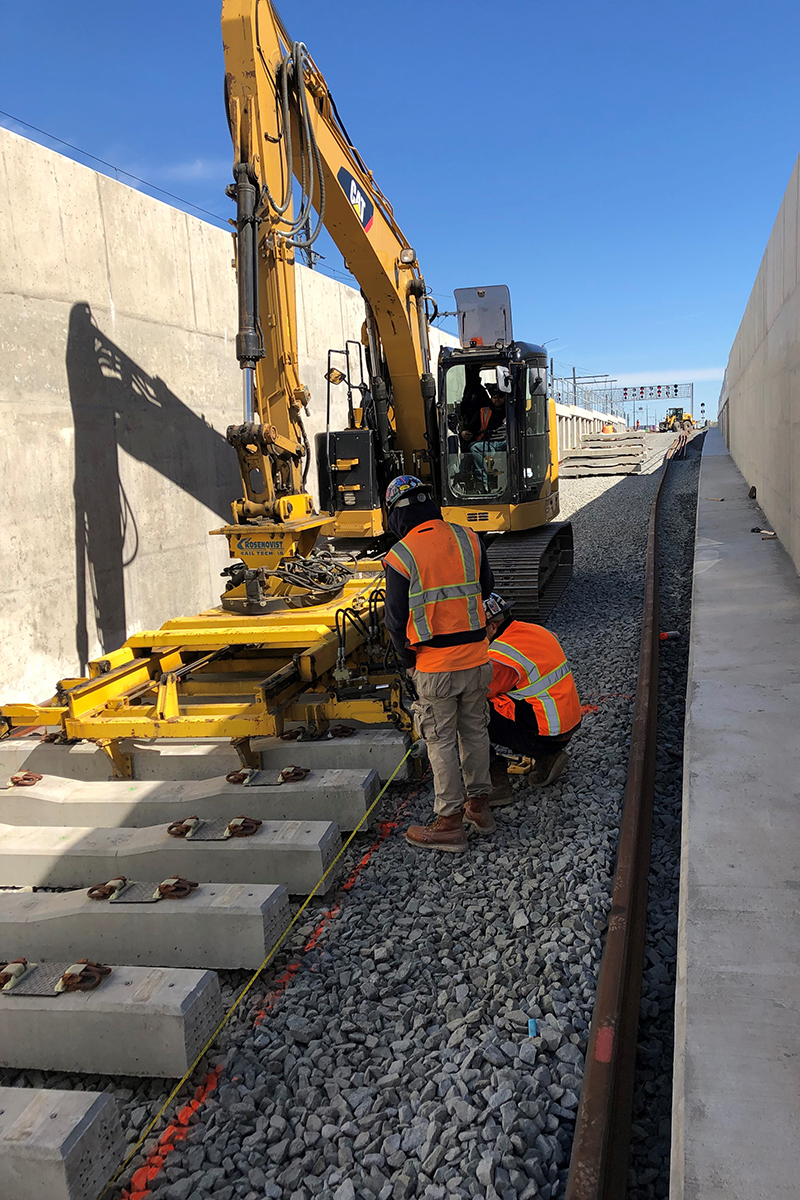 Duane Sheets is a railroad industry veteran. He began his career in railroading with Delta Railroad Construction nearly two decades ago, and has since worked his way up the ranks to Delta’s Track Superintendent. During his tenure, Sheets has completed 13 projects and laid roughly 1,000 miles of rail.

Delta has been instrumental in the completion of the ongoing East Side Access megaproject, which began in 2007 and is currently one of the largest transportation infrastructure projects in the US. Once completed, it will connect Long Island Rail Road from its main line in Queens into a new station under Grand Central Terminal on the East Side of Manhattan, increasing the LIRR daily capacity by 40%.

According to Sheets, Delta has laid nearly 316,800 track feet using this very tie layer. Some projects include the WMATA Silver Line Project Phase 1, Cleveland RTA, CTA Charlotte NC, Midday Yard NY, and they will be using this unit in the Minnesota Southwest Green Line Extension as well.

“The SL800 is extremely dependable and easy to operate,” said Delta Railroad Construction’s Track Superintendent, Duane Sheets. “It is the most efficient way when distributing a large amount of concrete ties.”

Sheets goes on to explain, “The versatility of the SL800 is great, being able to rotate the machine while all 8 ties are being placed ensures we keep a nice straight alignment, and when in tight areas with a zero turn excavator, this tie layer works great being able to spin 360 degrees.”

The most memorable project during Sheets' 18 years was the Washington Dulles Silver Line Project due to the many types of track construction involved, and the tight working conditions. Sheets remarked on the SL800’s ability to work in difficult spaces as well.

“Not only does this machine work great for laying out ties, we have also used it to unload truckloads of ties in areas we would have never gotten a loader or other machine into.”

What Sheets has enjoyed most about his work in railroading is the many different aspects and types of construction that go into the completion of a project, and said that he would recommend the Rosenqvist SL800 for the production of rail.